Four college flashbacks brought on by your March Madness bracket

It doesn’t matter if you graduated college around the same time they were curing polio or you just flipped the tassel on your mortarboard, we all revert back to students when the NCAA tournament rolls around.

And cheering for your alma mater or favorite school isn’t the only thing that brings back memories of your college days. Filling out a bracket and tracking your picks throughout the Big Dance can send you back in time with familiar emotions.

Here are four college flashbacks brought on by your NCAA tournament bracket:

Holy crap, you’re proud. You studied hard, paid attention in class, and even though you had a few bumps along the way – like taking Cal to your Sweet 16 – you’ve done alright for yourself.

Your transcripts are nearly flawless, with the likes of Yale over Baylor and Stephen F. Austin’s upset versus West Virginia highlighting a bracket Mom and Dad will frame for you to hang on the wall. You’ve got 12 of the Sweet 16 teams and your future’s so bright you gotta wear shades.

Your bracket makes you feel like… Your first college girlfriend

She’s not the best looking bracket in meal hall but she let you and Kansas go “all the way” – to the national championship. Sure, she’s a little rough around the edges, with Michigan State and Purdue already gone from your Elite Eight. And she had Kentucky going to the Sweet 16. But so did a lot of brackets. Whatever!

Your Final Four is still intact and she hasn’t slept with your roommate… not like last year’s bracket (that skank). You’ll always look back on her with fond memories of this Big Dance but will ultimately realize you spent way too much time on her, and missed out on some really cool shit.

Your bracket makes you feel like… A college kegger

Everything seemed awesome while you were filling in your bracket. You were smart, taking a No. 12 to upset a No. 5. You were funny, going against Arizona before the play-in game was even decided. And you were sexy, picking Kansas to get stunned in the second round. What could go wrong, right? Flash forward to the Sweet 16 and you’re peeling your head off the bathroom floor, shirtless and with wads of bloody toilet paper shoved up your nose (pretty sure those weren’t bloody when they went up there).

What the hell happened? Seton Hall looked so hot entering the tournament but she’s out cold, snoring (and looking) like an actual Pirate (eyepatch and all). Your bones hurt, your head aches, and you’re one sneeze away from shitting yourself. But, you’re still alive with Duke and North Carolina and like all college hangovers, a little pain is worth all that fun.

Your bracket makes you feel like… You just failed a midterm

Oh shit, oh shit, oh shit. How do I fix this? How did it go so wrong? Just like failing a big test, you either didn’t study college ball enough or you studied too much. We’ve all been there. You get caught up hanging with friends or partying and someone slaps a bracket in front of your face on the Monday following Selection Sunday.

“I’ll fill it out later,” you say, going back to your marathon session of “Coach K College Basketball” for the Sega Genesis. Then, quicker than you can say “Thomas Walkup”, it’s 12 minutes until tipoff on Thursday and you’re just penciling your name on top of your bracket.

The latter of this scenario is the overkill busted bracket. You went gung-ho for the mid-term test and covered everything you could on college basketball. Hell, you even know what Lorenzo Charles’ shoe size was. You had a “Bracketology” favorites list on Twitter and got email alerts every time there was a shift in the KenPom rankings. You made countless practice brackets, like ruling out which was your favorite all-time breakfast cereal (Count Chocula, duh?) and the windows in your dorm room looked like a prop from A Beautiful Mind. 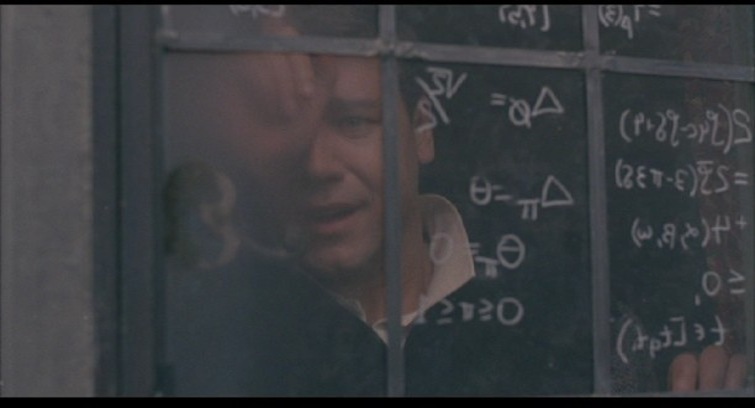 Then came test day and you reached into that big brain of yours, stuffed with all this NCAA knowledge, and came back with a heaping pile of mush that smelt oddly similar to that TV dinner your mistakenly left in the microwave over Spring Break. Then this happened to your brain/bracket…

How are you feeling about your NCAA tournament bracket – or better yet, how’s it making you feel? – as we head into the Sweet 16? Comment in the box below.Editor’s note: Article was published in March 2015. Stats and info have been updated.