Here’s a comprehensive look at betting notes for the
mid-week major league games:

A late two-run homer from Stephen Drew didn’t
mean much to the Red Sox in a 7-3 loss to Toronto, but it did
send the total Over for the fifth straight time in the
head-to-head series. The teams are 6-1-1 O/U for the season.

Oakland right-hander Jesse Chavez will look to
continue his hot streak as a favorite Wednesday, entering at
-255 when the Athletics host the Houston Astros. Chavez is 5-0
against the moneyline in his last five starts as a favorite,
with three of those results coming at home.

Gee No Whiz vs. Brewers

New York Mets right-hander Dillon
Gee may have his hands full Thursday night as he
faces the host Milwaukee Brewers. Gee has yet to beat the
Brewers in his career, going 0-3 with a 6.75 ERA in three
starts.

* San Francisco ace Madison Bumgarner hopes
to maintain his dominance away from AT&T Park on Wednesday
as he leads the Giants (-140, 7.5) into Philadelphia. Bumgarner
is 7-2 with a scintillating 1.94 ERA in 11 road starts so far
this season.

* New York Yankees righty Brandon
McCarthy has adjusted well to his move to the Bronx as
he prepares to face the visiting Texas Rangers on Thursday.
McCarthy was the worst value pitcher in baseball while with
Arizona, but is 2-0 against the moneyline in two starts since
being traded.

* Toronto Blue Jays outfielder Melky Cabrera
is heating up, recording three three-hit games in his last four
outings to raise his average to .309. The Blue Jays are 22-15
against the moneyline and 21-16 O/U when Cabrera records a
multi-hit game entering Wednesday’s game against Boston.

* San Francisco catcher Buster Posey has
owned his career matchup with Philadephia lefty Cole
Hamels, who gets the call Thursday against the
visiting Giants. Posey is 7-for-11 versus Hamels, with four
doubles and a home run.

New York Yankees (7-1 O/U): The pitching has
thrived even without injured ace CC Sabathia,
limiting opponents to three runs or fewer in seven of the last
eight games. The recent Under streak has dropped the Yankees to
43-55-1 O/U for the season.

It’s one of the longest shots of the day, but it may be worth
taking a flyer on the Nationals and Rockies to play to a push
(+1,000). The Rockies rank second in the majors with nine
pushes, while the Nationals and Pirates are tied with eight
apiece.

* Houston Astros oufielder George Springer
missed his second straight game with knee and quad injuries.
The Astros have struggled without their hard-hitting rookie,
going 1-4 against the moneyline and 1-3-1 O/U in his absence
entering Tuesday’s game against host Oakland.

* The Colorado Rockies have placed shortstop Troy
Tulowitzki on the 15-day disabled list with a
left hip flexor strain. Tulowitzki has fought through a variety
of ailments this season, missing time earlier in the year with
quad and groin injuries.

Brittany Binger is the ex-fiancee of
major-league outfielder Grady Sizemore. 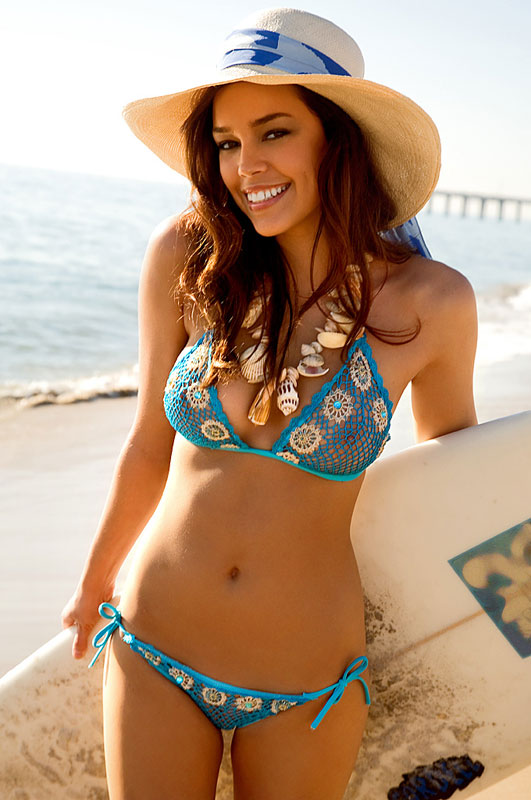 * Wind at U.S. Cellular Field will blow out to right field at
14 mph for Wednesday’s game between the host Chicago White Sox
(-102, 7.5) and the Kansas City Royals. The White Sox were just
2-6 O/U under similar conditions in 2013, with teams averaging
a paltry 1.62 homers per game.

Umpire Note of the Day

Over is 7-1-2 in umpire Paul Emmel’s last 10 games behind home
plate. Emmel will call the balls and strikes for Wednesday’s
showdown between the host Colorado Rockies and the Washington
Nationals.

July 23, 2014 Posted in Uncategorized by Mike Stewart • No Comments