Peterson expected to play in Week 3 The Viking have reinstated Adrian Peterson and is expected to
suit up in Week 3 against the Saints, admist child abuse
charges.

Minnesota Vikings running back Adrian Peterson will fully
participate in this week’s practice and is expected to play
this Sunday in New Orleans against the Saints, according to a
press release from Vikings Owners Zygi Wolf and Mark Wolf.

Here is the statement from the Vikings Owners: 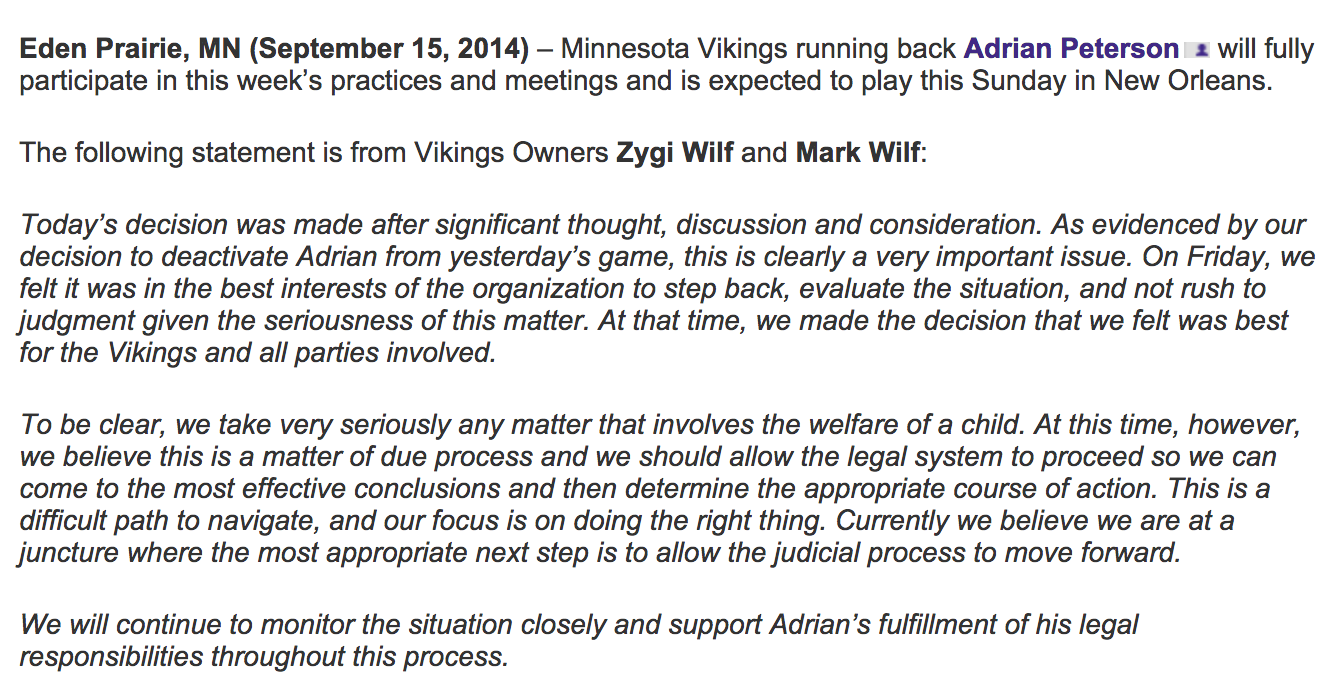 Peterson is worth about three and a half to four points to
the line depending on the matchup. The Vikings opened as
three-point home dogs versus the Patriots, but after the news
about Peterson’s indictment came out the line was pulled and
re-released at Vikings -6.5.

The line for the Vikings road game at the Saints has opened
at several offshore books at New Orleans -9.5.

September 15, 2014 Posted in Uncategorized by Mike Stewart • No Comments